Ya'll know about Lisa Amowitz, author of Breaking Glass? Well, she has a new book, Vision, releasing in May 2014! Here's the blurb:
The light is darker than you think…
When seventeen-year-old Bobby Pendell begins to have blinding migraines followed by frightening hallucinations, he fears there’s something wrong with him. Then murder rocks his sleepy town and the visions that put him on trail of a killer—also make him the prime suspect.


And now, the cover: 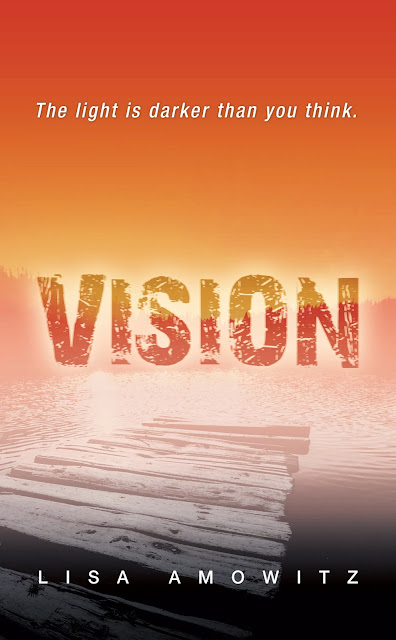 Lisa's media kit where you can find bio and link information: http://lisa-amowitzya.blogspot.com/p/media-kit.html
Posted by Unknown at 7:03 AM