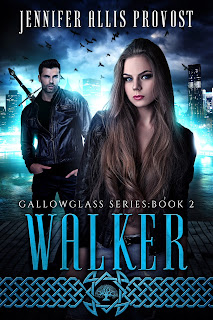 Who is hunting the gallowglass?

When Karina and Robert relocated from Scotland to New York, they expected things to settle down. New York is known for many things, but a hotbed of supernatural occurrences isn’t one of them. Karina returned to her life as a graduate student, and agreed to teach a class over winter break. That was when things got weird: first she and Robert encountered an angry centaur, then a fairy enrolled in her class, and Karina learned that her mentor just might be a deity. When the Seelie King started making unannounced visits to Karina’s apartment in the middle of the night and warning her and Robert to be careful, she knew things were serious.

All of these events led to a single question: Who doesn’t want the gallowglass on American soil?

Meanwhile, Chris has problems of his own. The university grudgingly restored his teaching position, his agent and publisher are hounding him for a sequel to his worldwide bestseller… and he wonders if he can teach again. Write again. Hell, he can barely even speak to a woman after what happened between him and the Seelie Queen. Then a woman—a fairy woman—comes into Chris’s life, and damn it all if he doesn’t want her to stay there.

The god plays their hand, and the Seelie King calls Robert to his side. Alone and more frightened than she’s ever been, Karina tries to solve the mystery of who is hunting the gallowglass. Will Karina find the answer in time, or will Robert be lost forever?

Book one is available now: