Writer Wednesday: Cravings--Go On, Give In (To The Literary Ones, At Least) #WriterWednesday #craving #IARTG

Cravings generally get a bad rap. If you perform an internet search for cravings you'll get thousands of hits, the vast majority of them describing how to resist them, or how to end your cravings altogether. But, what if we as writers gave into them, at least occasionally?

Now, I'm not suggesting you go out and eat an entire cheesecake, as yummy as that would be. I'm talking about indulging your literary cravings. 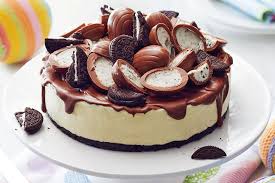 What's a literary craving, you ask? Well, it's a desire to read a book-perhaps scandalous, perhaps not-that exists outside your literary comfort zone. It could be a vampire romance, a historical fiction, or even a comic book. In fact, comics are the inspiration behind this post.

We've all heard about the Marvel Cinematic Universe, right? A coworker of mine loves the movies, but craved more backstory on the characters. Since movies are expensive and therefore much rarer than your standard paper comic, I suggested she read a few back issues.

I kid you not, she was shocked when I suggested this. Her, a grown, respectable woman reading comic books? What would her coworkers think? As resistant as she initially was, she wanted to know more about Tony Stark and Steve Rodgers (and Miles Morales, after we had a particularly heated discussion on Spider Man). She downloaded a few collections for her Kindle, then a few more, and to make a long story short last year she cosplayed for the first time. AS MYSTIQUE. (She wouldn't let me include a picture, no matter what bribes I offered.)

Now replace "comic book" in the above anecdote with whatever other genre you've been eyeing. I know so many people, both writers and readers, who rarely if ever stray from their comfort zones, and they really are doing themselves a disservice. After all, think about all the adults who took a chance on reading a children's book called Harry Potter.

I task all of you, dear readers, with reading one book your craving, be it a vampire romance or treatise on string theory. Have you recently read one of your cravings? Tell us about it in the comments!

As for me, I'll be over there with a slice of cheesecake.

Karina didn’t set out to free the Seelie Queen’s gallowglass. Now she’ll do anything to keep him. 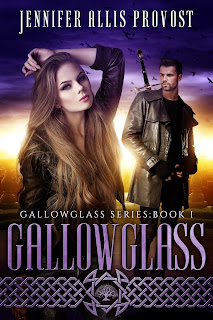 After Karina and her brother, Chris’s, lives fall apart in separate yet equally spectacular ways, they leave New York behind and head to the UK. Karina buries herself in research for her doctoral thesis, all the while studiously not thinking about the man who broke her heart, while Chris—who’d been a best-selling author before his ex-fiancée sued him for plagiarism—drinks his way across the British Isles. In Scotland, they visit the grave of Robert Kirk, a seventeenth- century minister who was kidnapped by fairies. No one is more shocked than Karina when a handsome man with a Scottish brogue appears, claiming to be the Robert Kirk of legend. What’s more, he says he spent the last few hundred years as the Gallowglass, the Seelie Queen’s personal assassin. When they’re attacked by demons, Karina understands how dearly the queen wants him back.As Karina and Robert grow closer, Chris’s attempts to drown his sorrows lead him to a pub, and a woman called Sorcha. Chris is instantly smitten with her, so much so he spends days with Sorcha and lies to his sister about his whereabouts. When Chris comes home covered in fey kisses, Karina realizes that the Seelie Queen isn’t just after Robert.Can Karina outsmart the Seelie Queen, or is Robert doomed to forever be the Gallowglass?