Cover Reveal - HEIR TO THE SUN

We are gathered here today to view the all new cover for HEIR TO THE SUN, the first Chronicle of Parthalan. And here it is: 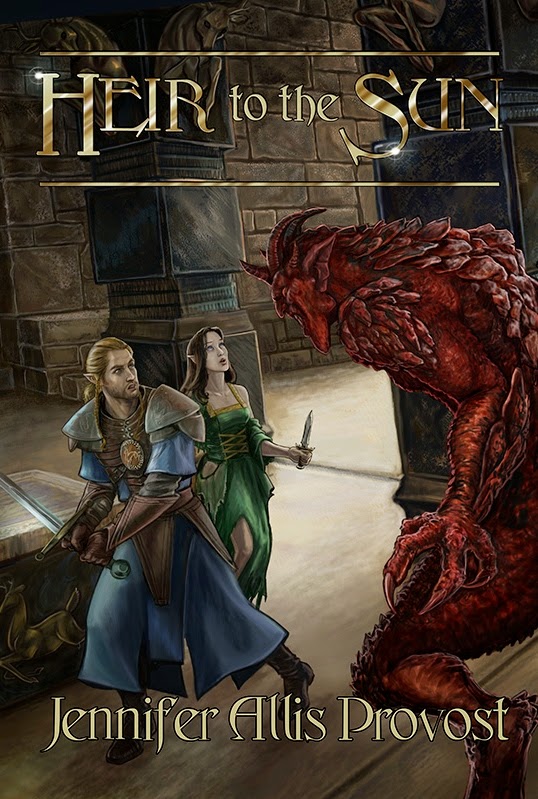 A mad king. An escaped slave. One warrior to save the realm...
When Asherah, stripped of both her memory and her dignity, learns that King Sahlgren is responsible for her torment it nearly breaks her. Instead, she leads her fellow slaves to freedom. More prisons are scattered across Parthalan, and Asherah vows to burn them all.
Caol'nir, a warrior descended from the gods, is sworn to serve and defend the king. Then a priestess is murdered, and Caol'nir learns that Sahlgren is to blame. Determined to stop the king, sacred oath or no, Caol'nir joins Asherah's rebellion.
What Caol'nir doesn't know is that Sahlgren has promised the demon lord a woman of rare and singular beauty, a woman whose abilities are rumored to rival the sun god’s themselves…a woman Caol’nir knows all too well.

Isn't it beautiful? It was designed by the thoroughly awesome Veronica Jones of Moonshines Fantasy Artwork. Stop by her website and check out more of her creations: http://moonshines.com/

In the meantime, Heir To the Sun will be available in ebook format on June 1, with print soon to follow. Check out the links below so you can stay up to date with giveaways, release dates, and upcoming releases.

Email ThisBlogThis!Share to TwitterShare to FacebookShare to Pinterest
Labels: cover reveal, fantasy, HEIR TO THE SUN, The Chronicles of Parthalan