Review: ALL THE SHADOWS OF THE RAINBOW by Inana Arthen

Today, we're going to switch gears a bit as I present my review of ALL THE SHADOWS OF THE RAINBOW by Inana Arthen. Let's start by having a look at the cover. I just love it, don't you? 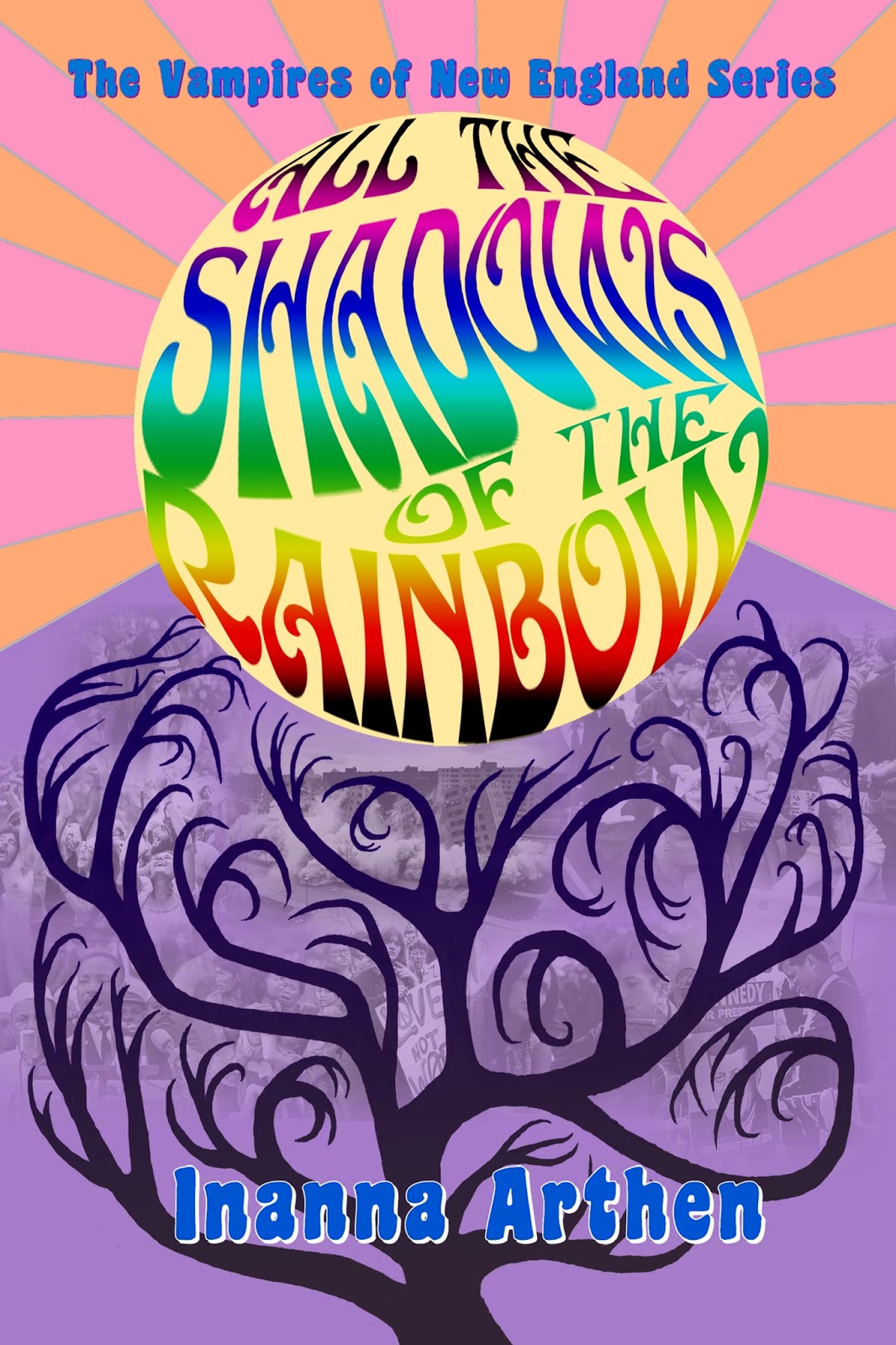 Disclaimer: this title was offered to me for free in exchange for an honest review. This has in no way altered my opinion.

This was a completely new (to me, at least) take on vampires. Too often of late vampires are relegated as little more than props in the latest paranormal wave, but AtSotR has none of that. It’s more of a character-driven plot set against mid-twentieth century America that a treatise on blood lust, and quite refreshing at that.

The main character, Diana Chilton, once a powerful witch is now a vampire. (For details on that, see books 1 and 2 in the series.) Diana is still trying to recover from a working that didn't turn out as planned, so she returns to her old stomping grounds, Boston. She tries to reconnect with her old friends, but they sense that she's different, and she is.

One of those old friends, Jack, has an agenda of his own. He starts off altruistically enough, and he and Diana work toward helping others, but it soon becomes evident that he wants to control, not help, the world. Diana eventually strikes out on her own, and seeks others of her kind. She finds them, but her happiness is short lived as she is compelled to hunt down and stop Jack, even if it destroys her in the process.

One of the things I liked best about AtSofR was how vampiric Diana was, and not just in the bloodsucking sense. She was practical and sensible, almost cool, no matter what befell her. It's how I imagine a vampire would react; involved in world events, but detached from the associated human emotions. After all, how much can you really empathize with your food?

If you like strong world building, character driven plots, and a unique take on the supernatural, this series is for you.

Email ThisBlogThis!Share to TwitterShare to FacebookShare to Pinterest
Labels: All the Shadows of the Rainbow, reviews