As some of you may know, I was at Readercon this past Friday. I was lucky enough to read from Copper Girl, and following is the passage.

A little background: Sara's brother was arrested ten years ago for practicing magic, and his family hasn't seen him since. Having discovered where Max is being held, Sara and Micah decide to embark on a rescue mission.

Twilight came, and under cover of darkness, Micah and I left the relative safety of the Raven Compound and my fairy mother behind. I would definitely be asking her a few questions about that when we had the time. Now, we were hiding in the woods that encircled the stone prison that, in turn, encircled my brother.


As we crouched in the damp, decaying leaves, I considered how much my life had changed in such a short time. Only a week ago, I had been an office drone whose only indulgences had been caffeinated beverages and fast driving. I had pretended to know nothing of the ways of magic, had hidden my mark from anyone who might glimpse it; I had never hung out at a beach or even sunbathed in the park, never joined a gym, never worn any of the cute, fashionable shirts that might have ridden up and revealed my secret. I had been gifted with one of the strongest bloodlines in history, yet I’d spent much of my life wishing for the magic to just leave me alone.


No more would I hide. I was a Corbeau by birthright and the daughter of a fairy queen.


I am a force to be reckoned with.


I slid my hand into Micah’s, seeking a bit of warmth for my cold fingers. He squeezed reassuringly but didn’t look away from the prison. And well he shouldn’t, since we’d been waiting for the guards to change for the better part of an hour.


“Do you think it will work?” I’d asked back at the Compound. The Raven had given me one of its feathers, still glossy and black despite the many centuries since his death, along with the assurance that we would be able to leave the prison with Max in tow, unseen and unstopped by the guards. Of course, like all things magical, it had come with a hefty catch: our dreamselves could not carry the feather, thus making this rescue all the more dangerous.


“What does your heart tell you?” Micah countered.


“It’s rather silent on the matter,” I replied, though, in truth, it beat a quick tattoo  against my breastbone. “But I do know that The Raven has never failed my family, not once, when we needed him.”


Micah had smiled at that; in the Otherworld, the integrity of a long-dead bird was as good as gold.


Once we’d returned to the Otherworld, the rest of our preparations had been simple. First, we’d spent a good amount of time placing small pieces of metal in various pockets and pouches about our bodies, retrievable at a moment’s notice, in case we needed to wield it, either to strike a foe with added force or even build a wall. Well, in case Micah needed to wield it, since I was still limited to gently bending small portions of copper.


At first I didn’t understand why the metal we secreted in our clothing was mostly iron. Micah had a quantity of silver within his body to call upon, and I’d assumed he would stay true to his metal. When I asked, he explained that it was far more effective to strike someone with iron than silver.


“Is that why Ferra’s a queen?” I’d asked when he pointed that out. “Because iron is a stronger metal?”


“In a way. You don’t find her to be the picture of royalty?”


I made one of those unladylike sounds that Micah so disapproved of. Really, he was just going to have to accept the fact that I was not very refined. “I always imagined a queen as a kind woman, who cared for her people more than anything. Ferra is not that sort of woman.” An image of my mother appeared in my mind’s eye; while I hadn’t known she was a queen, Mom would move mountains for her family. I couldn’t imagine her behaving like the despicable Iron Queen, not one bit. “And shouldn’t the queen be a precious metal, like gold or platinum?”


He smiled ruefully. “Things are not always as they should be.” I caught the sadness in his tone, and remembered the gold gaudily displayed in Ferra’s palace, and the gold lined oubliette. I also remembered that silver is a precious metal too, surely worthier of the throne than ugly old iron. But Micah didn’t want to talk about it, and he turned his attention to the far more pressing task of breaking Max out of prison. As for me, I let him get away with his distraction technique. For now.


“It is getting inside that requires stealth,” Micah murmured as we watched the guards. “Leaving shall be simplicity itself.”


By simplicity, Micah meant that he intended to take Max and me along one of the metal pathways he used for traveling, much as he did in the Mundane World. In order to accomplish this, he’d tasked the silverkin with placing sufficient metal at short intervals between the prison and his home, almost like a trail of silvery breadcrumbs, to guide us to safety. Since the prison proper contained only a small amount of metal in the various electronic devices, and all metal had been removed from the soil underneath it, it was the best we could do.


I nodded, deliberately not speaking, or even thinking, about our impending escape. Micah was confident, and that was all that mattered. Never mind that it was a foolish, risky plan that centered on a dead bird’s feather and a few pounds of iron filings. Never mind that it could very well end with Micah and me either dead or sharing Max’s cell. Nope, not thinking about that at all.


Micah lightly touched my arm and jerked his chin toward the prison. The guard had finally retreated to a small side building the size of a garden shed, and through the window, I could see him munching on a sandwich. Carefully, we rose and Micah wrapped his cloak around both of our shoulders.


“It worked the last time,” he replied. “They never saw who breached their puny wall.”


“I thought you were your dreamself.”


“I woke as soon as I sensed you in danger.” Huh. So Micah, in his wakeful body, had charged through a stone fortress full of enemies armed with terrible, terrible weapons, enemies with a special taste for Dreamwalkers at that, all for me.


I stood on my toes and stretched to kiss his jaw. He touched my hair but said nothing, not that I’d expected him to. He had to concentrate on blending in.


Micah referred to his cloak as his chameleon skin, but it wasn’t really a lizard’s hide. As near as I could tell, the fabric was woven from various plants with magical properties; close to the hem I could make out something like mandrake leaves, and the clasp was a curl of belladonna, complete with dark, shiny berries. The sum total of these plants meant that the cloak would keep Micah either warm or cool as needed, lend him speed if he were pursued, and hide him from his enemies. Not like a cloak of invisibility, he’d cautioned me. Some things were quite rare, even in the Otherworld. No, this cloak worked more like a pencil eraser, blurring itself along the edges, so it was hard to tell where the cloak ended and the surrounding landscape began. If one looked directly at Micah one would see him, clear as day, but who looked directly at something that isn’t there? This chameleon skin was a most useful garment indeed.


Gingerly, we made our way across the open space toward the imposing cinder block wall encircling the prison. Unlike Micah’s last visit, when he had rushed into an unknown environment hoping his illusion would hold, we were trying to be subtle. Conveniently, there was no door or fence, just an opening wide enough to drive a truck through, flanked by cameras and plastic spike strips, poised to be flung under any uninvited tires. I wondered how well plastic fared against rubber.


My heart pounded so loudly I thought the guard would surely hear it, but he didn’t look up from his lunch as we walked by the shed or as we stepped beyond the wall. A few steps later, Micah opened the door to the facility, and, as anticlimactic as it was, that was it. 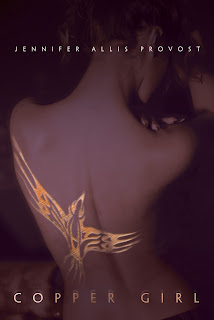